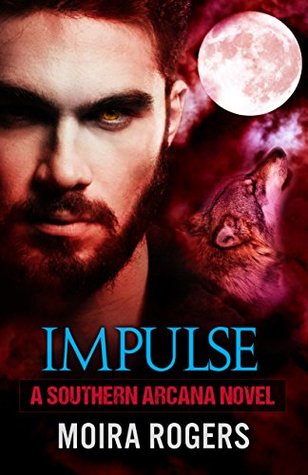 Part of my frustration may be that I’m binging this series, and part may be that Cipher is a tough act to follow. This felt repetitive.

Oh, look, another impromptu road trip that ends up in true love. Where have I seen that before? The setting is getting stale.

But there were still aspects I enjoyed. Even if Sera’s constant internal hangups about being a coyote in a wolf society were tiring, it was a new dimension to explore, because the last time we saw a non-wolf shifter in love was back in book 1, but Mackenzie wasn’t in love with another shifter, so the power dynamic was different.

And while this was definitely still about power dynamics, Julio was a much more laid-back dominant type than we’ve seen in this series, and in my personal experience across most of the romances I’ve read. I liked him, in terms of both personality and character development, much more than I liked Sera. They did have great banter together, which was a light and breezy change from the previous book’s angst.

It wasn’t a bad read for me, but the formula is showing through the story at this point. 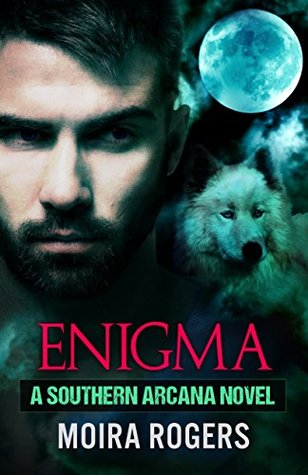 This was a struggle. Anna and Patrick are two minor characters from earlier in the series who get their own love story to cap it off, and I don’t think it’s a good choice. My emotional investment in them at the start was near zero, and by the end, it hadn’t deepened much. The entire book was like a competition between the two of them to see which was more emotionally and physically broken, and who was the bigger martyr, with some occasional motel-room-destroying sex thrown in.

On top of my disappointment with the featured romance, this felt inadequate at ending the series as well, in terms of the overarching story of the paranormal world. The “mystery” is a bunch of mystic mumbo jumbo about a murdered guy that’s supposed to be a big deal because he’s the son of someone powerful, but the stakes just aren’t high, and the threat Mr. Powerful posed the New Orleans crew who we’ve come to know and love simply wasn’t compelling. It was an excuse to put our two badass bounty hunters through their paces and let them fall in love, but it didn’t matter beyond that.

At the epilogue, it fell into place for me, the reason I was so annoyed by this. Patrick finding his long-lost brother and witnessing that happy endings are possible after all–this wasn’t the huge climax of the story (the way Beyond Surrender is for the authors’ later series) but a drawn-out denouement, where we’re supposed to be satisfied that everyone’s gotten their happy endings, so wrap it up, let’s move along.

But if that’s the point, why save the weakest romance plot of the whole series for the final book? 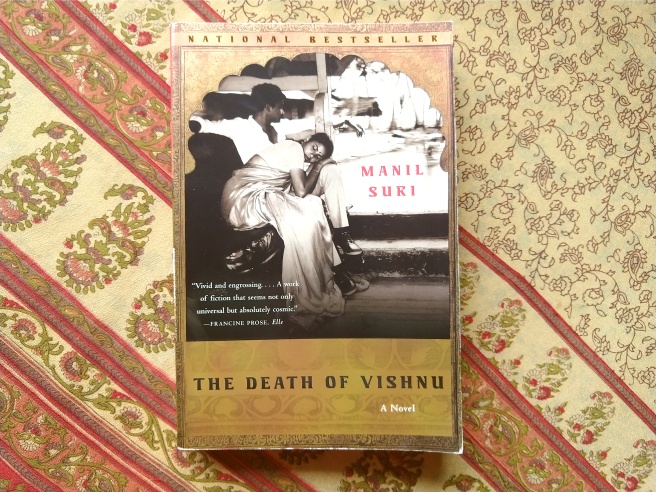 Vibrant characters, no plot worth mentioning–a definite case of style over substance.

The ultimate point I took away from this is that people get wrapped up in their lives to the point where they ignore incredibly obvious things, like a dead man on stairwell landing in their apartment building.

But in making that point, the actual plot events became incidental. Though most of the petty squabbles and problems between the various families and individuals affect each other–like Salim and Kavita running off to elope and throwing the building into turmoil–in the end, very little of it actually matters, because we don’t find out what has happened to anyone; and the petty squabbles could have been literally anything that didn’t involve Vishnu and his death.

I’m unsatisfied by the ending as well. Mrs. Jalal lies near death after being beaten, Salim is still missing while Kavita has returned, is Mr. Taneja going to starve himself to death or decide to end things more quickly…? For such weighty matters to be left hanging after Vishnu’s spirit vanishes means the story just ends with no resolution to anything.

At first the vignettes about each person, each family, intrigued me, but by the halfway point, I began to feel like a voyeur, like a creepy white person indulging in Orientalism, peeking into the inconsequential daily lives of a culture not my own. The more that I sensed the actual plot didn’t matter, the more I felt like these lives were being held up for display, look how different they are, isn’t it fascinating? I was an ogre who had ripped off the roof of the side of their building, like a dollhouse, making them into something I could observe. It was an intensely uncomfortable feeling, and one I hope the author didn’t intend, but rather one that came from the deficiencies of the structure. 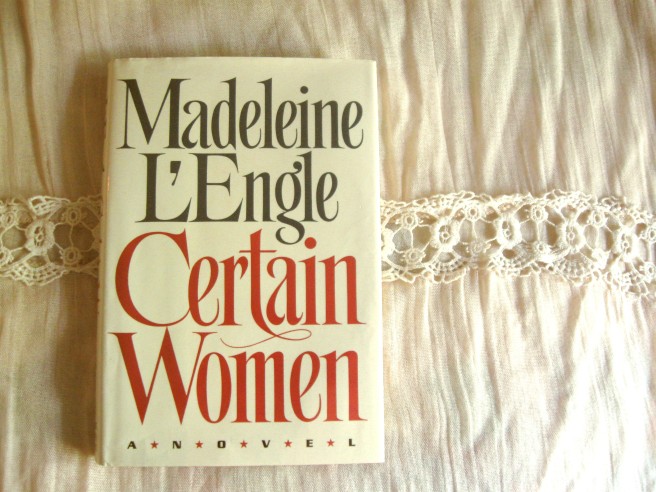 DNF after Chapter 1 – Norma. And why is it named for Norma, anyway? She has a few minutes of conversation and then leaves the boat. She doesn’t seem important at all compared to the over-abundance of other characters.

That excess of characters is exactly why I gave up so early. In one 24-page chapter, the reader is given the names of 22 separate characters. Only a handful of them are physically present, but most of the chapter is David monologuing his past, the many wives and yet more children. (Though I still don’t know ALL their names, because I only counted seven of the nine wives promised in the blurb, and seven of the eleven kids.)

On top of that, there are 16 mentions of King David–as opposed to Actor David, the main character’s monologuing father–plus several mentions of six other Biblical figures related to King David’s story.

On top of that, there are ten fictional characters (mostly from Shakespearean plays) mentioned a total of 26 times.

And that’s not including all the times the ACTUAL characters who are PHYSICALLY PRESENT IN THE STORY use EACH OTHER’S NAMES IN CONVERSATION.

By the time I was done with those first 24 pages, I felt like a good 10% of the word count is just NAMES. Oh, because when I was tallying the fictional character mentions? I didn’t even include that the name of the boat they’re all on is Portia.

So I am quite simply DONE. In order to write this annoyed, spiteful review, I had to take a pen to the first chapter, skimming it several times to circle and number all the names, and even after going through it that often and taking notes, I STILL couldn’t tell you accurately who is who beyond the four major characters who do most of the actual talking. Is Myrlo David’s third wife or his fourth? Did he actually marry Harriet, does she count? It’s not clear from what he said.

I was so confused, it was beyond frustrating, and at the end of it all, I honestly don’t understand why I’m supposed to care.