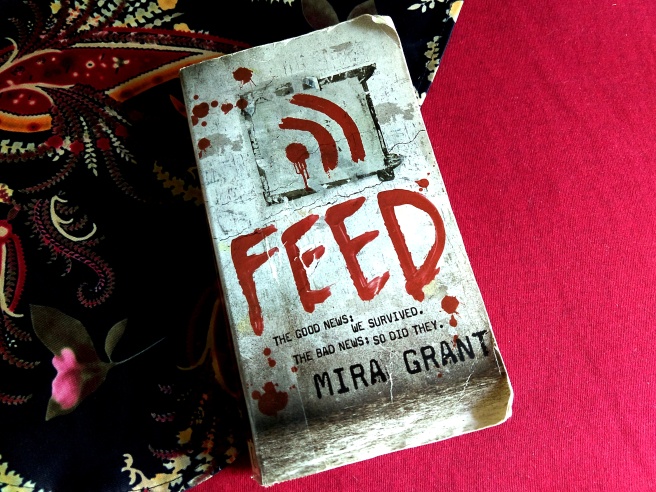 I don’t remember the last time I cried this much over a book.

The world-building was fascinating and a grim but realistic projection of what the US would become in the event of a devastating, but not fatal, not apocalyptic, zombie event. That’s what had me hooked right from the beginning–the idea that it happened, but it actually wasn’t the “end of the world.” The world kept going, the government didn’t destabilize, society recovered. It sure looked different, but it wasn’t gone in the way most post-apoc fiction treats it.

I was also hooked on the snark. George was a fantastic narrator.

What kept me going turned out to be honest emotional investment in the characters. A close sibling relationship in defiance of (and because of!) distance from their parents. Years-long friendships and working relationships. One exceptionally minor romantic relationship only! I do love my romance, but there wasn’t room for it here, and it wouldn’t have fit the tone, so I applaud not having any romance subplots.

The thing I actually like best, and don’t want to spoil the specifics of because I really, truly recommend this book, is that death means something. It’s not random. It’s not without impact or consequences. Let me repeat: I can’t remember the last time I cried this much over a book. 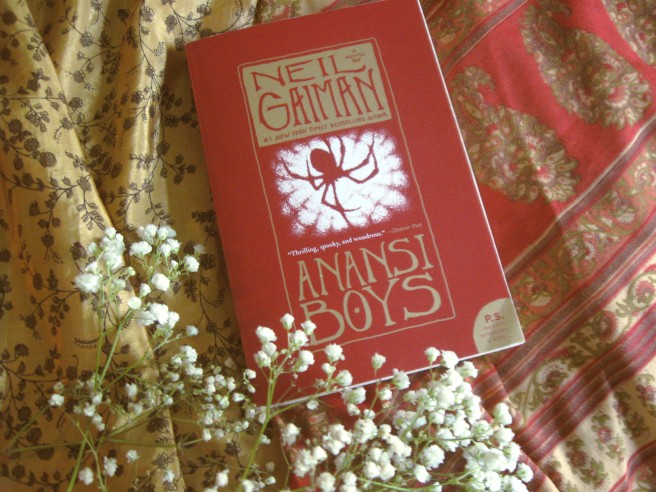 I found this so-so compared to Gaiman’s other works, which I generally adore. Having it labeled as a sequel to American Gods doesn’t do it any favors when it’s only set in the same world, especially as it lacks the same gravity and tone. I found myself thinking much more of Neverwhere at first, because Fat Charlie is bumbling and feckless as Richard Mayhew.

The plot moves with almost agonizing slowness, and I found it a struggle to keep going at points. What saved it for me was wealth of subplots about characters that were far more interesting to me than Fat Charlie himself. Rosie was all right, but her mother was so delightfully evil; Daisy was a charmer; and the thought processes of Charlie’s boss, the rationalization of his criminal acts, were a masterpiece of characterization. It was Fat Charlie himself who let me down, as the plot required him to be such a non-entity at first so Spider could slide into his life without a ripple; and though he fights back, he never really gained my sympathy.