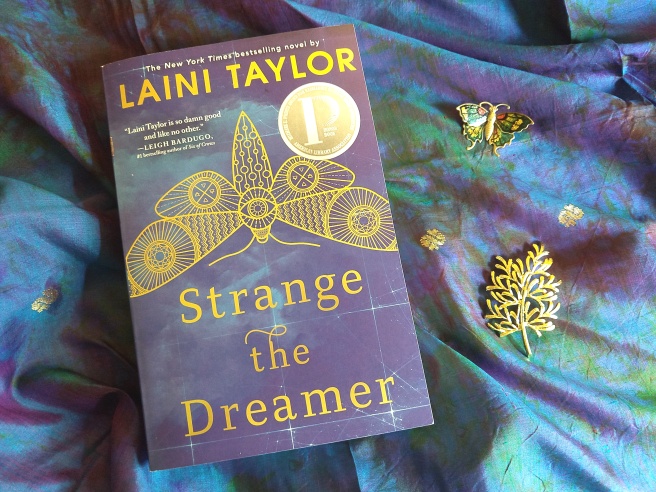 #97 – Strange the Dreamer, by Laini Taylor

It’s been a few years since I read anything that came from the inside of Laini Taylor’s head, but I see her worlds are still vibrant, dangerous, beautiful, monstrous, and most of all, tender. I haven’t met another author yet who could write a single kiss that took three pages (four? maybe it was four) and keep me enthralled the whole time. She did.

I’m moved, I’m mystified, I’m glad I only have to wait as long for the sequel as it takes me to get it from the library, to answer the new questions the ending of this raised, a resolution that spawned a cliffhanger that is just. so. good.

I’m staggered by the moral complexity of many of the primary characters. While it isn’t necessarily the main thrust of the plot, this story does explore the meaning of heroism, and I love that the “heroes,” both the one that came before and the one that emerges, don’t see themselves that way, for one reason or another. I love that, once again, Taylor explores the shifting boundary between gods and monsters and humanity, between right and wrong, between love and hate. There’s so much packed into this that I’m sure I didn’t unpack fully the first time around.

I wish I hadn’t waited so long to get to this, because I loved it, but at least I won’t be sitting on my hands impatiently, waiting for the story to finish being told. 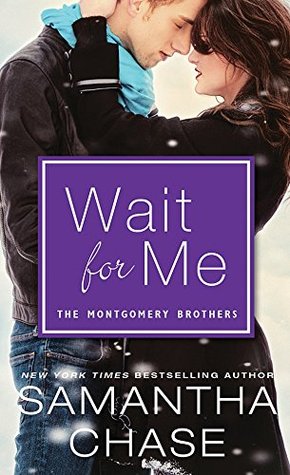 There was a brief moment at the end of this story that almost pulled a surprise second star for this rating, but then, the very end undermined it. This was all-around dull and unpolished.

First, plot problems. The setup is more than a little ridiculous, but if it had been taken at all seriously, I might be able to forgive that. The boss of a company (which is the most unspecific and generic of companies, I haven’t the slightest idea what they do) plays matchmaker and sets up his assistant to have a “oops we’re stuck in the same place” encounter with his son (also an employee of his.)

I’m not saying old white men who think they know best won’t manipulate others, because they absolutely will. But he does it gleefully, and he does it poorly. Both in the sense that everyone around him is talking about how out of character his behavior is (when we the reader have barely been introduced to him, so that’s a red flag that he’s a plot device and not a person) and in the sense that his poor judgment puts his assistant in actual danger when she crashes her car due to bad road conditions on the errand he sent her on.

When it comes out, way down the line, that it was all a set-up, Emma the assistant gets a brilliant character moment I honestly didn’t expect from this narrative, when she quits her job without notice because of how wildly inappropriate her boss’ behavior was, and how he’s absolutely shattered her trust in him, and how she’d never feel comfortable working there again because of what he put her through. My heart was giving her a standing ovation, it was such a beautiful speech and I was so proud of her for sticking up for herself (even when I didn’t really care for her the rest of the time, but that issue I’ll get to in a minute.)

Then the ending ruined it. While she doesn’t go back to her old job (good) she basically forgives the guy for no reason. He hasn’t really apologized or done anything solid to make amends (his wife is actually the one trying to bridge the gap in their relationship) and Emma just folds and hugs them both and everything is okay again.

Now, I’ve been talking this whole time not about the romance, but about Emma’s relationship to her boss, who’s also her love interest’s father. Why am I not talking about the romance? Because it’s dull as bricks. Stubborn person A constantly fights with Stubborn Person B, but they’re also hot with lust, and after a while they fall into bed together despite both of them knowing it’s a terrible idea. I’ve seen this before, and I’m happy to read this standard plot if it’s made interesting by the characters sparking off each other.

They just don’t, here. The dialogue is so formal and awkward and in places, frankly ridiculous. Lucas, on the phone with his father/boss, at one point says “…I’m going to take a shower now, to ease the ache from my muscles.” He says that. Out loud. To his father. Who says that? Especially when Lucas is trying to hide from everyone how badly his injury is still bothering him, wouldn’t he want to constantly project strength, as he tries to elsewhere in the story?

While that’s my most memorable example of how people don’t talk in real life, there’s plenty more, and the constant awkwardness to how the dialogue sounds really diminishes any differences between characters. They can’t have characterization through dialogue, because they all sound the same, and faintly stupid to boot. Emma and Lucas really are just two incredibly stubborn people shouting at each other for most of the book, except when they’re having sex.

And the final nail in the coffin, which is minor, but telling: I don’t feel like the title fits the story. Who is waiting for whom? Is Emma waiting for Lucas to get his shit together? Meh, not really. She’s trying to move on with her life at the end, when he barges in and wins her back, but she wasn’t waiting for him to do that. She wasn’t expecting or even hoping for it. She was moving on. And if we make it about Lucas, was he waiting for someone to come into his life and call him a coward three times about how he was living his life, so that he’d get his shit together? I doubt it. Emma did that for him, and he changed, but was he waiting for her to do that? It doesn’t fit.